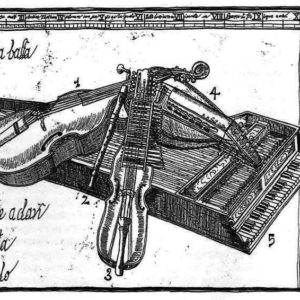 in co-operation with:
Fondazione Alma Mater, Music and Arts University of the City of Vienna and the
Musikhochschule Trossingen Music University

From 19th to 20st August 2017, placed at the CEUB Bertinoro, for the fourth time several Master Classes for Early Music will be organized in co-operation with three major European University Institutions: the Fondazione Alma Mater of Bologna (Italy), the Music and Arts University of the City of Vienna (Austria) and the Trossingen University of Music (Germany).
The classes will be held as part of the 25th edition of the Summer Master Classes organized by the Musical Institute “Dante Alighieri” of Bertinoro.

The master classes are considered as a great opportunity to meet international musicians interested in the study and improvement of Early Music.

The four teachers Marco Ambrosini, Michael Posch, Lorenz Duftschmid, and Maria Luisa Baldassari are active not only as interpreters of international fame, but also as teachers in various European Music High Schools.

The master classes will begin Thursday, August 17th in the afternoon and end on Sunday, August 20st at noon.
On Saturday evening, the 19th of August students and teachers will perform together a concert in the Cathedral of Bertinoro.